‘ODD TRADITIONS’
A conversation of painting and installation by Paul Senyol and Pierre le Riche opens Wednesday the 15th of October at Salon91. 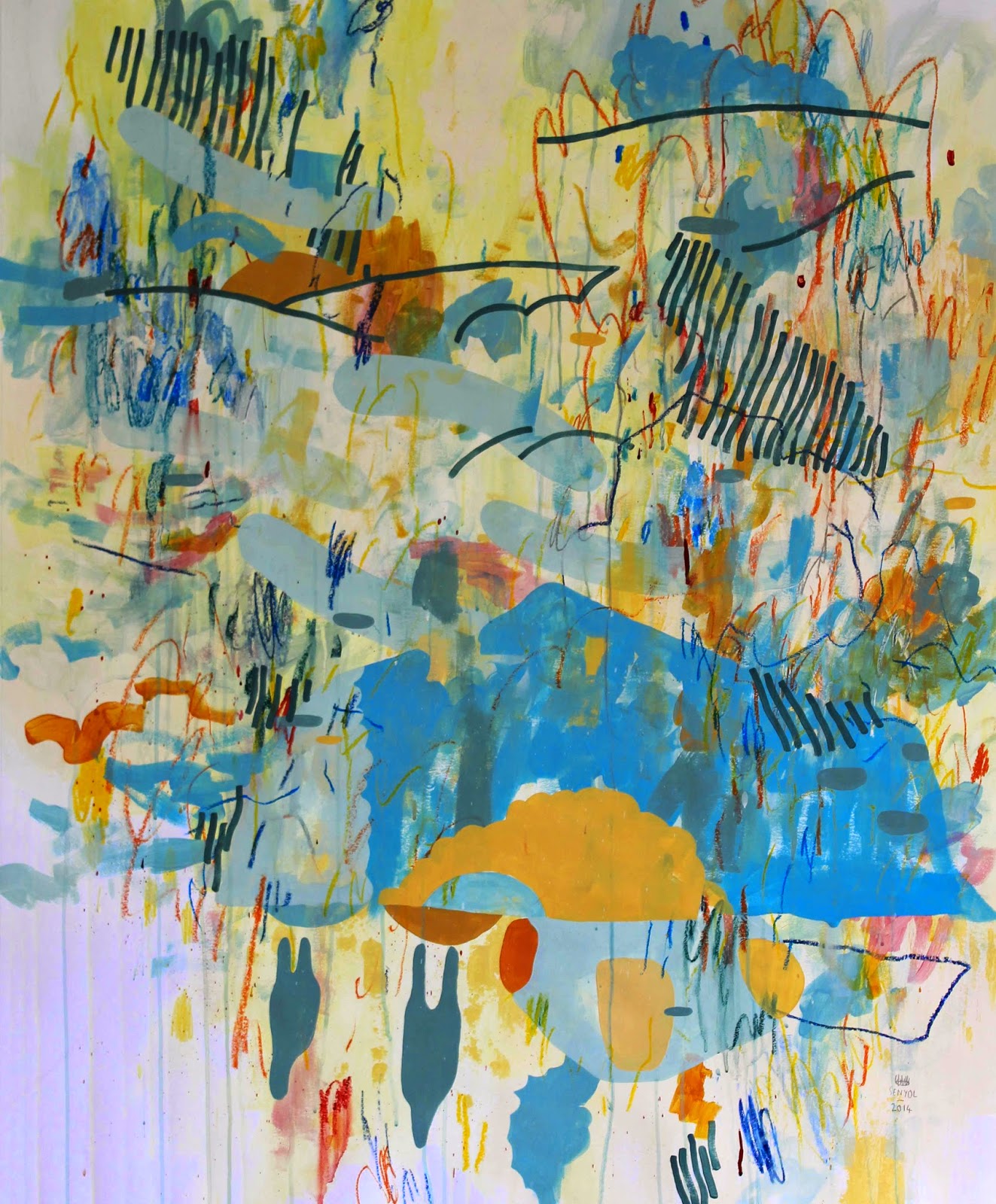 Some visual inspiration for your eyeballs. Check out the rad new artworks that local Cape Town artist, Senyol, has been working on for the RVCA CircleCulture Gallery Group Show. 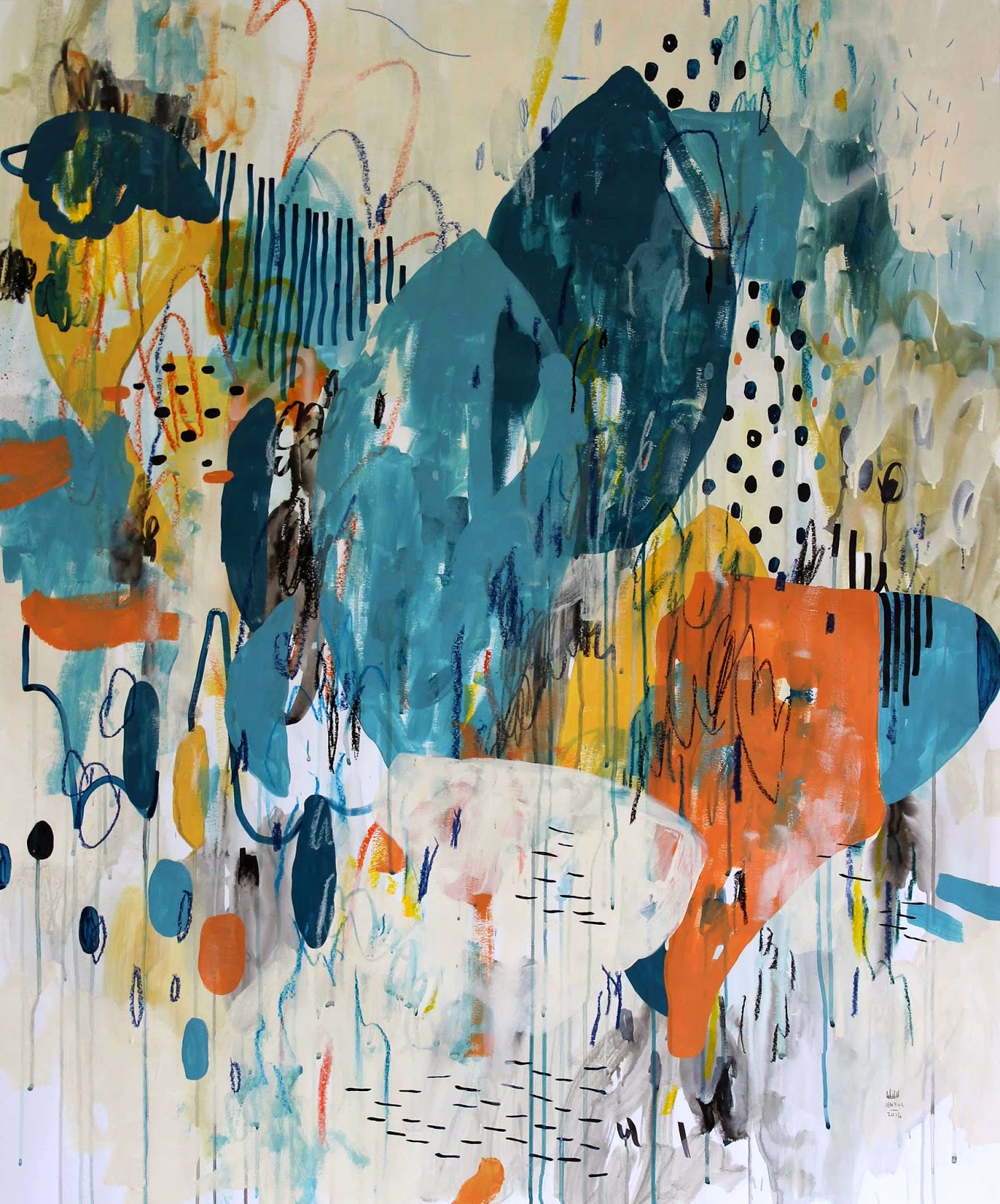 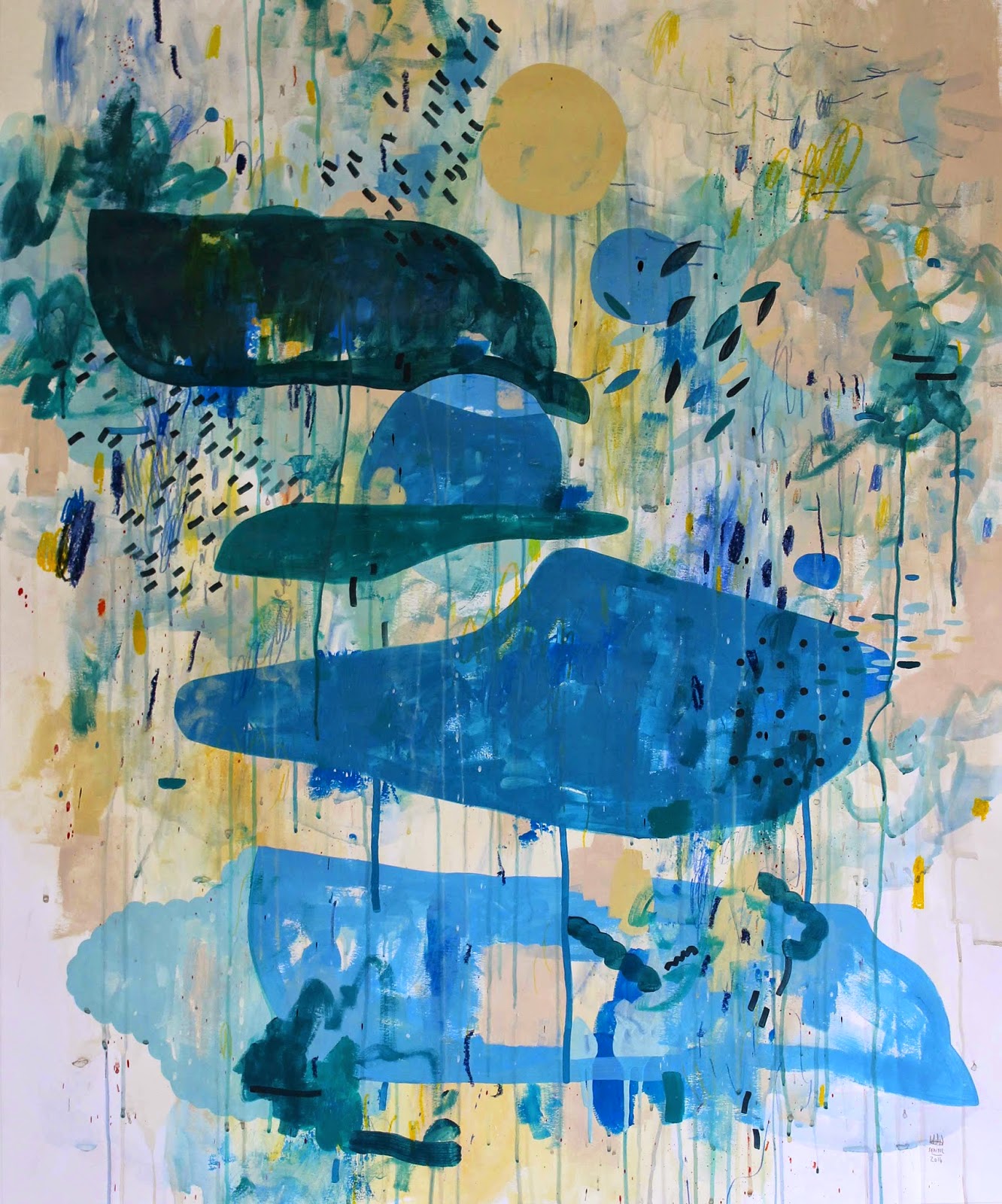 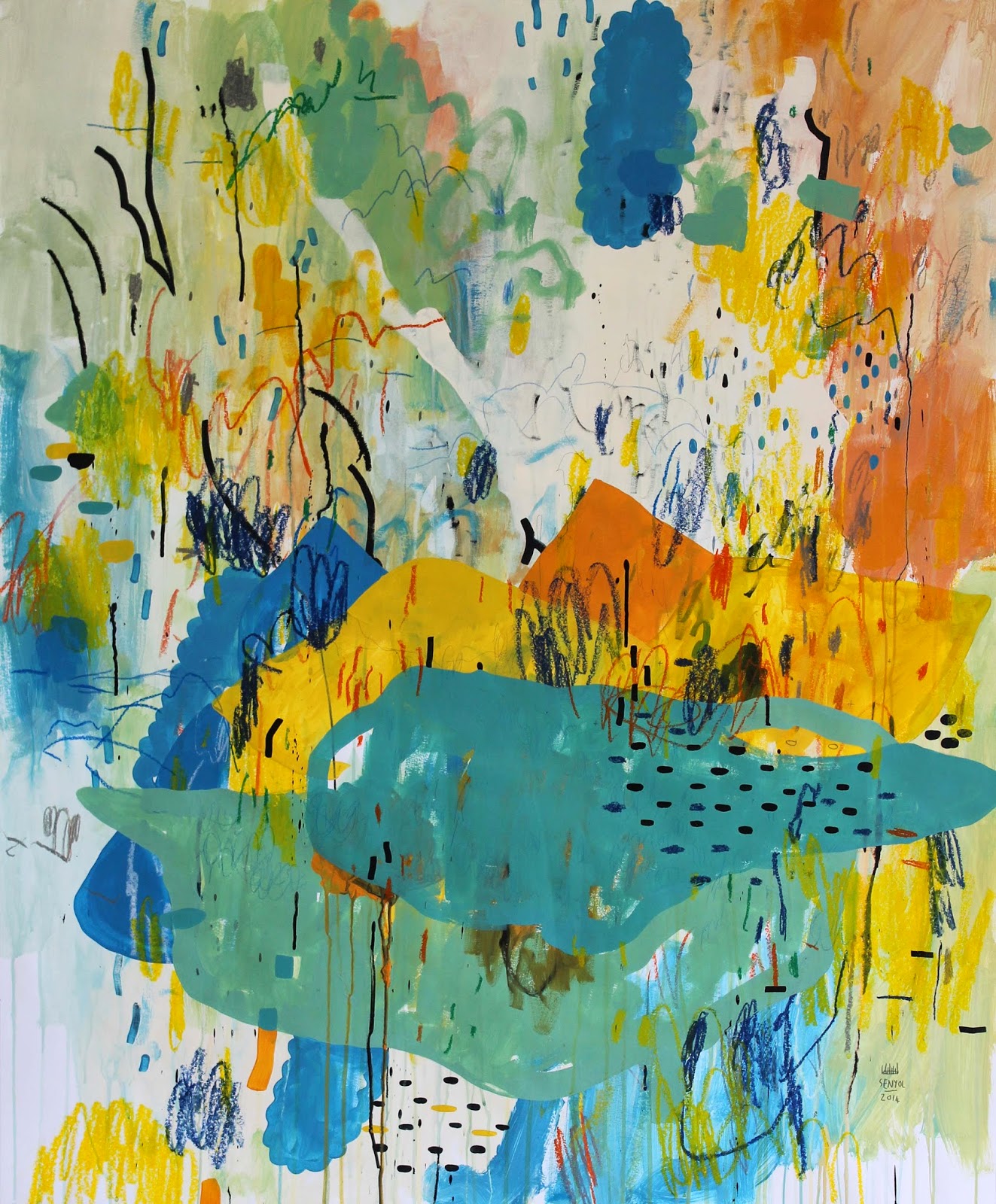 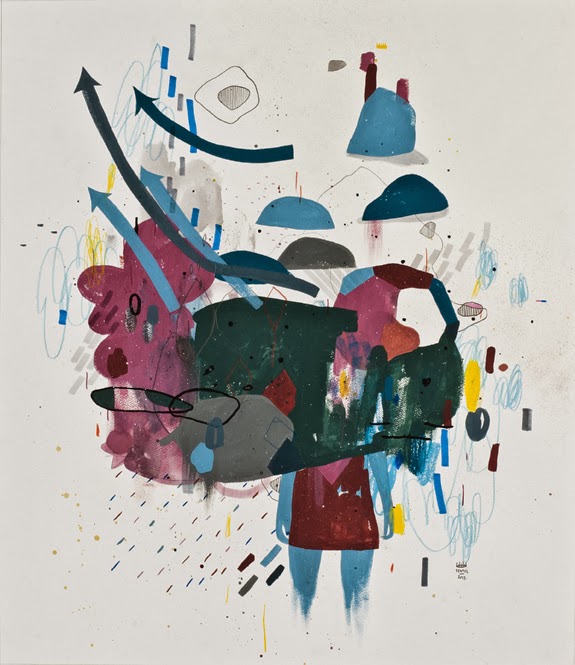 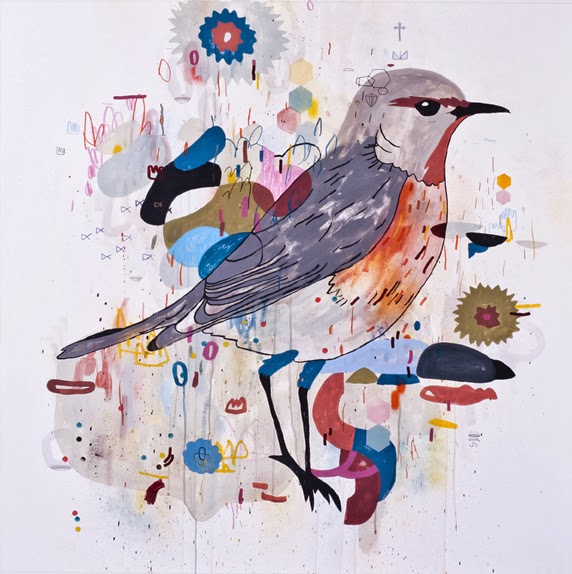 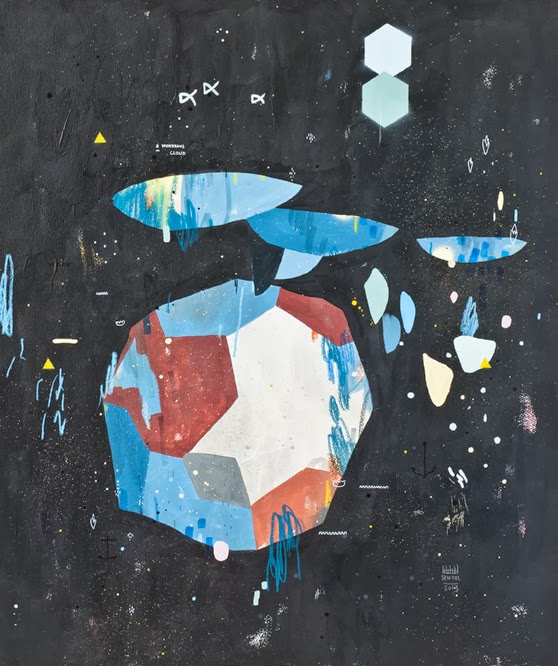 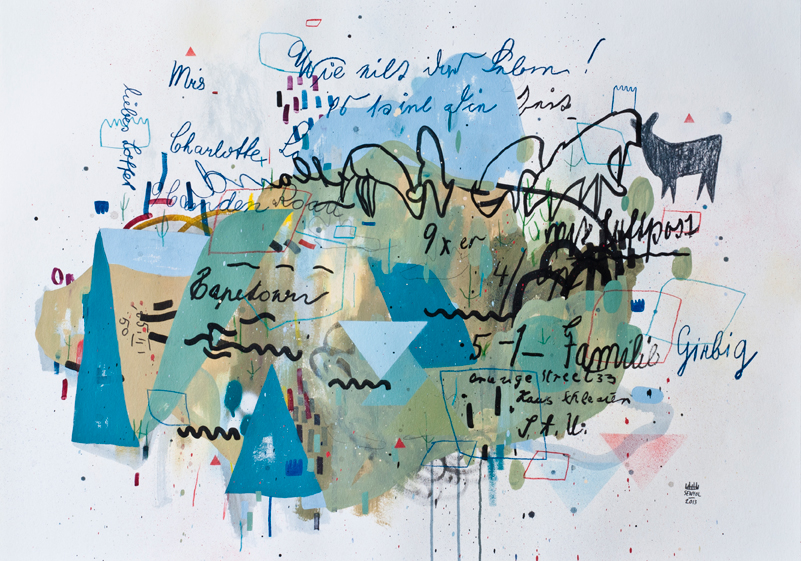 A Vacant Passage opens this weekend, so we caught up with artist Paul Senyol to talk to him about it…

Tell us about A Vacant Passage, your exhibition this weekend with Andrzej Urbanski.
It is a two person show, opening on Saturday at Salon91 Contemporary Art Collection. Andrzej and I met about a year and a half ago for the first time. We have since become close friends and, during this time, have discovered many similarities in our approach to work and life, as well as our past. The exhibition is an exploration along these themes.

How did you guys meet? What made you decide to work on an exhibition and collaborate on some work together?
I heard that Andrzej was at /A WORD OF ART AIR (Artist In Residence) programme, and one day I passed by him while cycling down the street. At the time he was busy painting a wall. I waved, shouted “nice wall” and carried on riding. A few days later we met again while walking down the street. We exchanged numbers, and when AJ returned a few months later, we started to hang out a bit more. We both enjoy each others’ work, and we had an idea to do some collaborative walls and art pieces. Monique at Salon91 and myself were planning exhibitions and shows for myself in January this year, and we decided to do a two person show in October. I suggested AJ as the other artist whom I most wanted to work with. 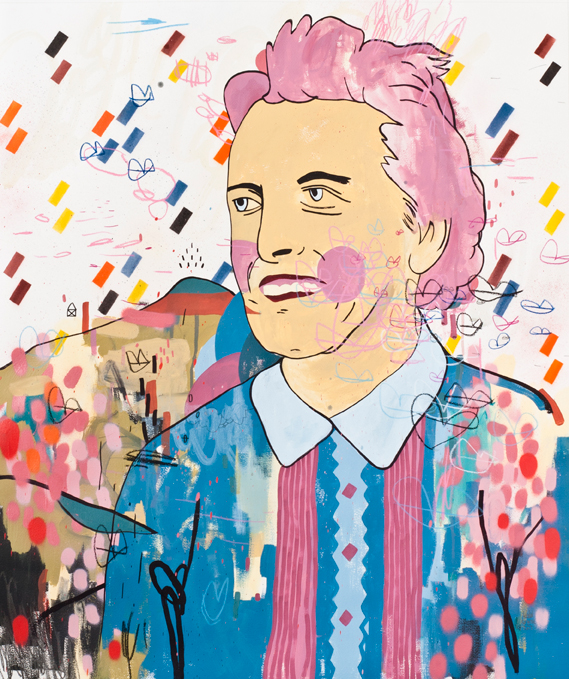 What do you think influences your personal style to be more abstract than ‘straight forward’, if I can say that?
I like to play with line and colour, and create things that are a bit more allusive and are able to draw a viewer in, as well as engage with a person as they start to make sense of a piece and interpret it for themselves. I believe that in painting there needs to be a fair bit of interpretation allowed on the viewers behalf. I like to engage with the viewer’s imagination.

The press release for the exhibition mentioned that “To the artists, Germany is a vacant place, Poland is a vacant place, and some day, South Africa too might become a vacant place.” What is a ‘vacant’ place?
Through our time researching and creating works for the exhibition, we came across so many old photos of places, people and things that no longer exist but, if you showed one of these photos to my Dad for instance, it would bring back a memory of something that perhaps no longer exists. As people, we travel to and from places, leave things behind, take things with us, make friends etc., but at the end of the day, we cannot take a place with us. In essence, the place becomes vacant when we leave, but it remains in our minds and in our hearts. Germany and Poland became vacant for our families because, for various reasons, they were forced to move. It has been fascinating to me exploring these places via photos, letters and diaries from my grandparents. 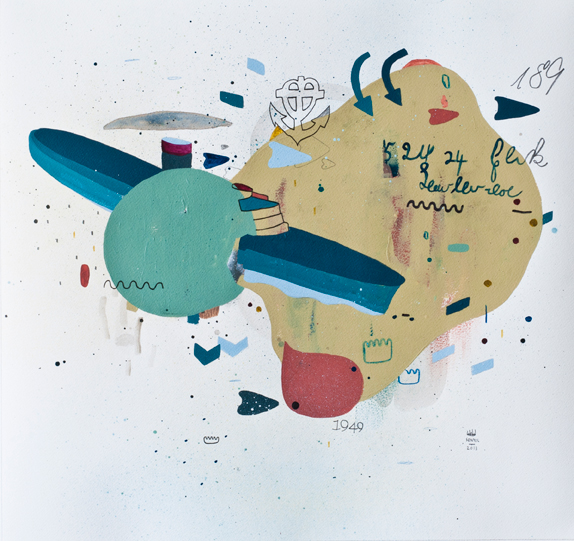 What made you decide to integrate computer software and technologies into the exhibition? How has it been integrated?
A friend of Monique’s, Johan, approached us with this concept of showing work in a new way, via digital means. What excited AJ and myself was that it would allow us to show work in a physical space, but bring the viewer into contact with all the history and source we had used in a non-tangible digital space. We are now able to elaborate on these ‘vacant passages’ through which our families and ourselves have travelled.

What do you hope that people get out of viewing the exhibition?
I hope people are inspired by the works we have created, and that they realise that each day they have the opportunity to continue writing a history story of their own; that through the exhibition they realise the importance of friendships and family. These archived photos, letters and documents from my grandparents are fascinating for their history, but also how they shape my identity and sense of place in this world. We all leave a legacy of some form, and I hope that people are inspired to leave behind a positive trace of themselves as they travel through their lifetime.

What does the future have in store for Paul Senyol?
A few more art shows locally this year and a short residency in Germany halfway through 2014. After the opening on Saturday I would like to take a few days off to plot some ideas for upcoming shows and projects.

Any last words?
The show opens on Saturday at 11h00. We will have some sweet ice cream, as well as be making a braai. Come on down and say hi, hang out, and enjoy the opening with us. 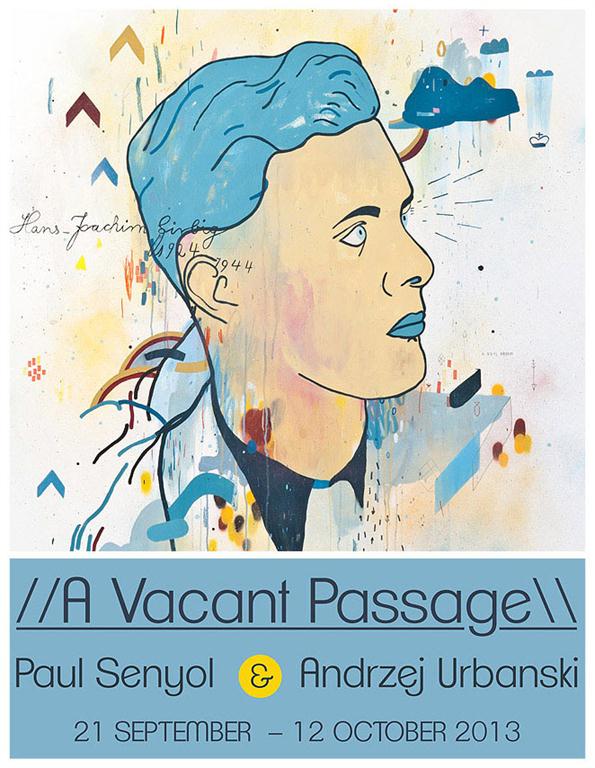 A Vacant Passage Invite from Monique du Preez on Vimeo.