It’s not just the bag of tricks that makes Yuri a ripper, it’s the power he has doing them. Check out the part Yuri filmed over summer.

Mike, this is your second involvement working on a Blind video. How did this one come about?

I think it might have started cause TJ asked me if I had any music suggestions for his new video part, and from there I think he might have asked for me to edit it? I’m not quite sure how it unfolded, I suppose they liked my editing of the last Blind video “Damn…” and so Bill hit me up to edit this one.

What was it like working with TJ and YURI on X2 Vision?

Yuri and TJ are both pretty happy humans with good vibes and are really good at skating, so they are always fun skaters to film. Their parts were 99% shot by the time I got involved in the project, so we mostly filmed the intro together. It was scorching hot summer days, but a lot of fun just cruising around LA with them.

Once you got involved was there a set concept or theme, or did you create one that you felt fit the project?

When I got involved the title was in place and the basic structure was set up as a 2 person video. The first few rough cuts I did went too much into the double vision thing, and got pretty trippy. It got weird for a second there, but I got wise to my gimmicks and cleaned it up, haha! Also, the music selection changed that direction for me a bit as it went through a few phases. I don’t think anyone was trying to get too deep with this one, we just wanted to show them skating together having fun.

Were you involved in the music selection on this video? If so, how did you go about choosing songs for TJ and Yuri?

I worked with the riders to pick music they were into and we had the help of Lory Vincent to supervise the licensing of the tracks. The music the riders suggested didn’t work out for one reason or another which is normal, but having a bunch of suggestions helps me to pick tracks that will work for editing and the vibe I’m going for, and be tracks that the skater will be down for picking. The music is always important but can be tricky to find stuff that a lot of people will like, that enhances the editing/footage and is also affordable. I don’t think anyone realises the headache of finding and clearing music until they have tried to do it for a project. That’s why I was glad we had Lory to help as she has a lot of experience clearing tracks for skate videos so could suggest legit tracks and connections with labels to speed up the process.

What do you think of a 2 skater video?

I think why not? These days attention span is so short, so this is a good dose of shredding.

What was the funnest part of working on 2X VISION?

Cruising around LA with Yuri and TJ skating little nibbles, they are mellow and seem to really appreciate skateboarding.

Is this film a mix of footage or all one format?

It’s shot on all kinds of cameras but the format is all just standard HD.

They all live happily ever after…

You just had the Blind video “Damn…” come out last year, how did “X2 Vision” come about?

With the team we are always out skating and filming (even when we were editing “Damn…”). At first, there wasn’t a END_OF_DOCUMENT_TOKEN_TO_BE_REPLACED

How long did you have to film for X2 VISION?
Maybe around a year, something like that…

What is it like filming with TJ for the video?
TJ is the shit man! He’s always full of energy motivating me and everyone around not just on skateboarding but on pretty much everything else, it was fun good times with this G! WOOO!

What cities and countries did you film in for the video?
Pretty much all around Brazil, parts of Spain, Italy, and Southern California.

What was the funnest part of filming for the video?
Traveling to new countries, meeting new people and skating with all the homies, of course!

How was it working with Mike Manzoori on X2 VISION?
It was really fun man, Mike; he kills it! Mike has all these crazy-ass ideas and really knows what to do with them. I haven’t known Mike for that long, but I could tell when I met him he would be a sick guy to work with.

What was the toughest part of filming for the video?
Didn’t really have that much time to film everything that I wanted to do, and a couple tricks that were stuck on my mind, but that’s how it is, skateboarding never stops; will always have something new to try and to do.

What is next after this video?
Going to keep what I’m doing now, skating and having a lot of fun – always ready for the next thing.

Blind X2 Vision is now available on DVD and iTunes!

Blind X2 Vision DVD is out today in local skate shops and online! Coming soon to a Revolution store near you!

You can also buy it on iTunes HERE.

END_OF_DOCUMENT_TOKEN_TO_BE_REPLACED

Yuri Facchini owns! Get inspired on a Monday morning.

The Blind team start at Vans Downtown Showdown in Paris then head through Switzerland and finish up in Italy. Eight minutes of bangers across Europe from Kevin Romar, Tj Rogers, Yuri Facchini, Sam Beckett and a quick cameo from Sewa Kroetkov. 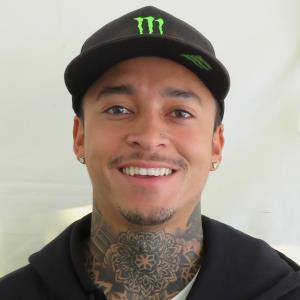 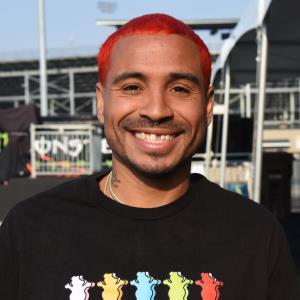 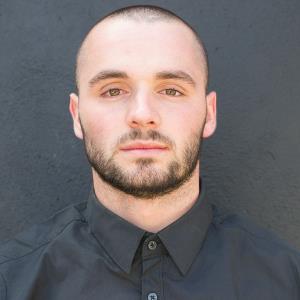 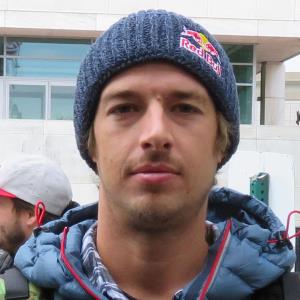 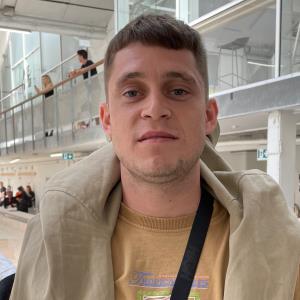